Dawn of the Unread is a public humanities initiative in the form of a graphic novel series. Directed by James Walker, the project highlights the work of writers of the past associated with the Nottinghamshire region. Issue 15 introduces Margaret Cavendish to a young readership unfamiliar with her life and writings. Writer Mhairi Stewart and artist Gary Erskine, of the Roller Grrrls comic series, relate Cavendish’s story through the tale of a modern character called “Mad Madge,” a roller derby player inspired by Cavendish’s works. DCP members contributed some of the short informational essays on Cavendish that are hyperlinked throughout the issue. These include Shawn Moore’s description of the DCP and Jacob Tootalian’s discussion of Cavendish’s place in the history of science. 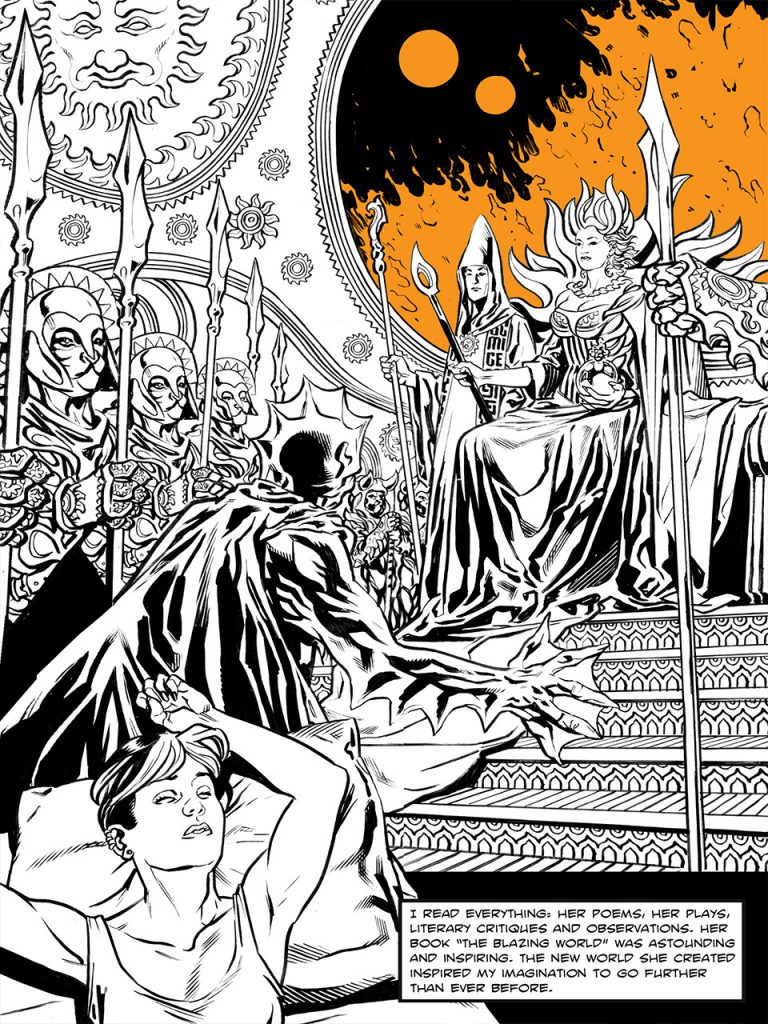