Digital Cavendish is a scholarly collaborative started Dr. Shawn W. Moore in 2012. The goal of the project is to highlight digital research, image archives, scholarly projects, and teaching materials/resources that focus on any aspect of the life and writings of Margaret Cavendish, Duchess of Newcastle (1623-1673). Research may include any of the following (and much more): digital images, annotations, text-mining, cultural archives, digital portfolios of manuscript and bibliographic research, etc. Ultimately, the site will grow to build a collaborative space for Cavendish scholars and students who are interested in digital editions of Cavendish’s work and the work being done in the areas of literary, historical, digital, textual, bibliographic, manuscript, cultural, feminist, queer, and race studies, and become a space for those who wish to share their work to build and continue to analyze the multitudinous networks of Cavendish scholarship. If you are interested in participating and contributing your research, or if you have any questions, please fill out the “Contact Us” form.

Below is a list off all current members of staff and contributors to the Digital Cavendish Project: 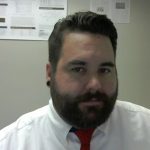 Shawn Moore is an Assistant Professor at Florida Southwestern State College. He graduated with a Ph.D. in English Literature from Texas A&M University. While at A&M, he was the Research Associate and Graduate Fellow for the Initiative for Digital Humanities, Media, and Culture (IDHMC) where he worked closely with Dr. Laura Mandell on developing Digital Humanities projects for faculty and staff. His own research specializes in Early Modern and Restoration British Literature, Digital Rhetoric, and Digital Humanities. Within those fields, his writing focuses on seventeenth-century prose, poetry, and drama, gender theory, and digital theories/rhetorics. He is the creator and Director of the Digital Cavendish. 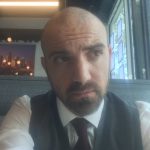 Jacob Tootalian is currently a visiting instructor at the University of South Florida. He earned his Ph.D. in English, with a doctoral minor in the history of science, at the University of Wisconsin-Madison. He also holds a bachelor’s degree in English from the University of California-Davis and a master’s degree in English from Texas A&M University. His research revolves around the relationship between literature, rhetoric, and science in the early modern period. He is working on a book project tentatively titled Mists and Uncertainties: Poetic Figuration and English Scientific Prose, 1640-1667. His article “Without Measure: The Language of Shakespeare’s Prose” was published in the Fall 2013 issue of JEMCS. 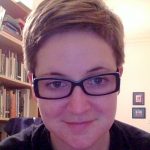 Liza Blake is an Assistant Professor of English at the University of Toronto, working on the intersection of literature, philosophy, and science in early modernity. She has co-edited the collection Lucretius and Modernity and the scholarly edition Arthur Golding’s A Moral Fabletalk and Other Renaissance Fable Translations, and has published in the journals postmedieval and SEL. She is currently a long-term Fellow at the Folger Shakespeare Library, working on a project entitled “Choose Your Own Poems and Fancies: An Interactive Digital Edition and Study of Margaret Cavendish’s Atom Poems.” Her online edition of a fully collated Poems and Fancies, with textual notes, can be found at https://poemsandfancies.rblake.net/. 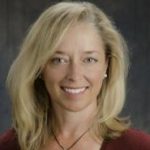 Professor Brandie R. Siegfried received B.A. and M.A. degrees in English from Brigham Young University before later completing an M.A. in Women’s Studies and a Ph.D. in English at Brandeis University. She currently teaches sixteenth- and seventeenth- century English literature at BYU and publishes articles regularly on topics related to Margaret Cavendish. Recent books on Cavendish include a modern spelling edition of Poems and Fancies (2018) and a volume co-edited with Lisa Sarasohn, God and Nature in the Thought of Margaret Cavendish (2014). 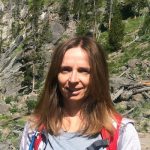 Martine van Elk is a professor of English at California State University. She has published essays on early modern women, Shakespeare, and vagrancy, co-edited a book collection on Tudor drama. In 2017, she published a book with Palgrave entitled Early Modern Women’s Writing: Domesticity, Privacy, and the Public Sphere in England and the Dutch Republic. She is currently working on a cross-cultural study of women and drama in England, the Low Countries, and France.

Cameron Kroetsch is an independent researcher who continues to focus on projects that relate to the work and life of Margaret Cavendish. He began his work on Cavendish during a stint as a doctoral fellow at the University of Guelph (2012-14). He holds an MA from Western University, a BEd from the University of Toronto, and a BA from Brock University. His other research interests include dead pet poetry, the Roman poet Catullus, parliamentary rules of order, and labour rights.

Madison Bolen is a senior at the University of South Florida working to complete her Bachelor’s in English. She currently works as a chat agent for Rooms To Go and hopes to work in project management after graduation, whether that be website management or marketing. She enjoys writing in her spare time and would love to complete a novel one day. Her other hobbies include video games, dogs, and reading her favorite series repeatedly. Madison’s academic research often focuses on gender roles and race, and approaching topics from a feminist perspective. She is currently an intern at the Digital Cavendish Project and is excited to learn from all the accomplished academics that contribute to the website. 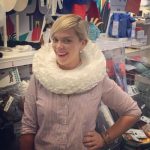 Erin A. McCarthy is currently postdoctoral researcher on the ERC-funded project “RECIRC: The Reception and Circulation of Early Modern Women’s Writing, 1550-1700.” Her research focuses on the transmission and reception of women’s writing in manuscript miscellanies. She is also completing a book, “Print, Poetry, and the Reading Public in Early Modern England,” which argues that although—or perhaps because—publishers’ critical and editorial efforts are often elided in studies of early modern poetry, their interventions have had an enduring impact on our canons, texts, and literary histories.

Alaheh Amini is an undergraduate student at the University of Toronto (2015–2019) with a focus on early global literature and international relations. Her past research publications have been focused on working with the Global Chaucer society to translate and annotate modern adaptations of Chaucer’s Canterbury Tales. She has co-edited The Miller’s Tale: A Nigerian Play Adaptation of Chaucer’s Canterbury Tales(2018). Her other research interests include the origins of ethnic conflict, exile narratives and the decline of global governance. 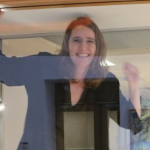 Lisa Walters is a Senior Lecturer at Liverpool Hope University, UK. She is the author of Margaret Cavendish: Gender, Science and Politics (Cambridge University Press, hardback 2014, paperback 2017). She has also published a number of articles about Cavendish and Shakespeare. Currently, she sits on the Editorial Board of ANQ and was recently the President of the International Margaret Cavendish Society. She is currently writing a monograph that explores Donne, Shakespeare, Milton, and Behn in relation to early modern philosophical debates about the mind.

Dr. Saiz Molina is a member of the MultiMediaModules team at the University of Valencia (UV), Spain. He is currently working with the editorial team of the Shakespeare Institute (Spain), which is translating Shakespeare’s Complete Works into Spanish for the publishing house Cátedra (Anaya). Up until now he has participated in the bilingual editions of Midsummer’s Night Dream, Measure for Measure, Titus Andronicus, Julius Caesar, Lost’s Labour’s Lost (the last two, in preparation) and in the Spanish version of Prof. James Shapiro’s “1606, William Shakespeare and The Year of Life“. At the UV, he worked as a researcher with the Vice-Provost’s Office for ICT and as an Assistant Professor. He has also completed a short-term research stay as a freelance editor and translator at the Shakespeare Birthplace Trust (Stratford-upon-Avon, UK) and La Casa del Traductor (Tarazona, Aragón). Currently, he is a TEI member and he is developing a new editorial project to translate the Complete Works by Margaret Cavendish into Spanish.

Contributions: Letters in the Philosophical Letters 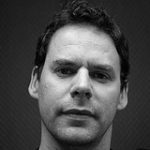 Stewart Duncan is an associate professor of philosophy at the University of Florida. His research focuses on early modern European philosophy, in particular on the history of discussions of materialism. His project began by looking at the materialist philosophy of Thomas Hobbes, and the reactions of other modern philosophers to Hobbes’s views. As his project has developed, he has been looking more at Leibniz’s criticisms of materialism, and at the work of other early modern materialists, such as John Toland and Margaret Cavendish.

My Tweets
Scroll Up